Summary of the Breed Health survey 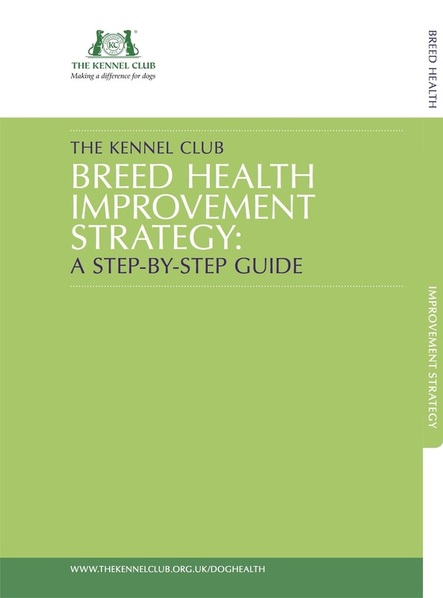 A big thank you to everyone who completed a health survey form. The response was excellent, with a return rate of 50.9% a huge increase from the KC/BSAVA survey of 2005 which had a much lower response rate.

Specific questions were asked about a range of health problems - answers are summarised below.

Opthomological conditions:
10.7% of dogs had cataracts in old age. 3.5% had a loss of vision. 3.5% had been treated for eye infections. No other serious conditions were reported.

Orthopaedic conditions:
5.3% of dogs developed Arthritis in middle to old age. 3.5% suffered from joint stiffness after exercise or on waking and 1.7% had stiff joints after exercise. 1.7% reported skipping on both back legs with no apparent problem or pain, therefore veterinary advice had not been sought.

Heart conditions:
3.5% of dogs had a heart murmur and 1.7% had an enlarged heart.

Hormonal problems:
1.7% of female dogs had a hormonal problem resulting in absence of oestrus. 1.78% of dogs suffered from a Pancreatic disorder.

Nervous System:
5.35% of dogs had suffered an epileptic seizure. 3.5% had temporary paralysis/uncoordinated movement and 1.7% had seizures after severe reaction to the booster inoculation for Parvovirus.

Skin conditions affecting coat and/or ears:
8.92% of dogs were reported to have problems with excessive scratching. 1.7% had suffered hair loss and 3.5% had skin lesions. 5.35% had suffered ear infections and 1.7% had been diagnosed with Vestibular Syndrome.

Cancer:
3.57% of female dogs were diagnosed with mammary tumours. No male dogs were reported as suffering from any type of cancer.

Questions specific to female dogs:
23% of female dogs had at least one litter. 25% of pregnancies resulted in a caesarian section. 13.8% of total puppies born, died in the first three weeks of life. 3.84% of unneutered females had absence of oestrus. 3.8% of females had phantom pregnancies after their season.

Questions specific to male dogs:
3.57% of dogs had been used at stud – no details given about litter sizes.
Out of 36.6% of the males who had been neutered, 3.57% of the operations were carried out because of enlarged or undescended testicles.

CONCLUSIONS
It seem from the responses we have had so far, that Lakeland Terriers are a very healthy robust breed with no serious health issues.

As this was only our first Survey, the results will be useful for comparison with any future surveys. If you didn't complete a Health Survey form, you can find one on the MLTC website along with details of where to send your answers, don't worry about the closing date, any surveys returned will continue to be analysed.

Once more, thanks to everyone who took part in this Survey of Lakeland Terrier Health.