A brief look at the history of the MLTC 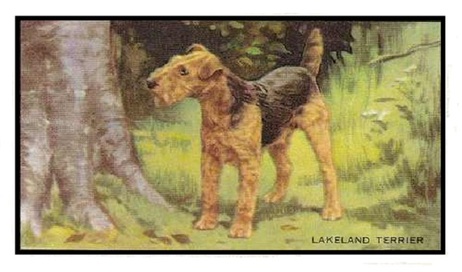 From the beginnings of the Midland Club you have to go back over 15 years to a discussion between two friends Gerald Gensberg and Reg Taylor; Reg is still the president of the club and Judy Averis is the current Patron.

With the interest in the breed rising and the Midlands being a hot bed for terrier people it was not long before enough names were put together. We received support and a donation came from the Lakeland Terrier Society. The first application for Kennel Club recognition was turned down in September 1983. An appeal was put into motion immediately. While the appeal was on its way, known Kennel Club Members were lobbied. The result was the acceptance of the registration in March 1984.


During the Birmingham National Championship Show in May 1984 a list of founder members was produced. Then the constitution and membership were brought up to date so that in early September 1984, when all the formalities were completed, the Kennel Club accepted that it was possible to apply for a license to hold its first Open Show. The Kennel Club granted a license for the 10 th March 1985, the venue was the old Featherstone Community Centre near Wolverhampton.

A top name had been selected to judge the first show, Mr Les Atkinson, handler of Champion Rogerholme Recruit, the last Lakeland Terrier to win the Best in Show award in 1963. Tragically Les died shortly before the show. Mr Frank Jones, another top terrier man stepped in at short notice to take over the first appointment.

Since the first show the clubs Officers and Committee have worked very hard to promote the breed and break new ground by encouraging newcomers to the shows and guaranteeing a warm welcome to everyone. At the end of every show the Committee are on hand to give advice and demonstrate the art of grooming the Lakeland Terrier. The Club was one of the first to use new technology and produce a video specifically for the beginner on the art of grooming.

All this has taken time but the hard work is paying dividends. A friendly social atmosphere is apparent at every show, and there is a good balance between exhibitors, owners and terrier enthusiasts. The club has organized and supported Discover Dogs at Crufts from its beginnings in 1994 through to Discover Dogs in London to the present day. The hard work of its committee and support of its special members bought about the first Championship Show for the Midland Lakeland Terrier Club in 1998. The weather on the day could not have been better. The new Featherstone Community Centre with its up-to-date facilities and a pictorial history of the breed displayed on the walls set the scene for the show.

Mr Herbert Atkinson, with a vast majority vote from the members, was selected to judge the show, a well known all roun d terrier man and breed specialist, an excellent entry of 54 dogs waited for him. It was also good to hear from senior people in the breed how they have not seen classes with up to ten and eleven dogs in one class for many years. Members donated all the Designer rosettes, a celebration cake and a framed water colour painting of a Lakeland Terrier. Canine companies donated additional prizes.

The Nordiska Lakelandrigen Club of Sweden donated a special prize of a Lakeland statue, to be won by an exhibitor on the day. The ring numbers of the exhibitors were put into a bag at the end of the show and the judge picked out the lucky ring number Winner.

The whole show was professionally captured by K9 Video, a historic day for the Midland Lakeland Terrier Club and its members.